Ted Hicks, co-host of Late Night Parents (LNP), caught up with our writers for an official interview. As part of our Helium Radio Network launch, we decided to blog about our more well-known veteran radio show hosts. The goal was to open up our audience and their loyal listeners to insight. We felt growth and exposure toward both parties by sharing their stories. In this blog, we’ll be covering the backstory of Ted Hicks, the Late Night Parents show, and his vision for the future of broadcasting.

Ted Hicks In The Beginning 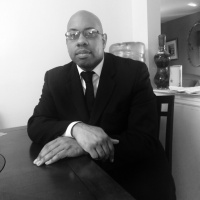 Back in the day, Ted knew he wanted to pursue an avenue where he could provide value to people on top of his day job. Ted has been heavily involved in technology for 20 years. His journey begins back in the era of Windows 95. While starting out, he asked himself, “in which field am I going to become an expert? Am I going to use my hands and fix computer hardware and software?” What struck his interests most was the field of multimedia and audio/video.

In 2010, he co-founded the Late Night Parents radio show. The show itself is produced by three people: Rich Valdez, Dr. Michele Reed and Ted Hicks. The Late Night Parents show hosts discuss the latest trends and hot topics. We think of it as a more positive outlook on the news and current events.

The hosts have talked technology during this entire time. During this 3-year stretch came more stories from his wife, which gave more fuel to the show. Cybersecurity was an often-debated topic as well. Health and wellness related topics were a common segment added into the shows. There was a big push for mental health awareness too. Ted mentioned two key points that stood out to us. Firstly, Ted isn’t producing the show to make money. More than anything, he enjoys highlighting the guests on the air and sharing valuable information.

In our interview, Ted mentioned his current and future goals are very closely related. Now, Ted wants to continue producing the show with Rich and Dr. Reed and simply grow their audience. There’s always something in the news to report. Trends in children and technology will always remain hot topics. Parents will always need to be informed on how the world is changing. More importantly, they’ll need to tune in to better safeguard their families.

Down the road, Ted wants to lengthen the show. He feels a weekly two-hour show will allow for more content to reach his audience in less time. The option for more airtime means more discussions and highlighting more people per episode.

Currently, Late Night Parents has syndicated 120 episodes with us and we are happy to continue our radio syndication partnership. We’re going to highlight some shows and topics of discussion:

Ted’s podcast database on Spreaker is larger than that on our network. The reason is simply syndication. Everything he has produced is housed on Spreaker’s servers. We partnered together to let Ted syndicate (read as “distribute”) his best weekly episodes to our servers for added exposure. For those iTunes aficionados, here’s the full LNP podcast feed.

Thank you for your attention!